Living on with no childhood

Living on with no childhood?

CHILD SURVIVORS AS ACTORS IN THE CULTURE OF REMEMBRANCE

In the early postwar period, the children and young people who had been liberated in 1945 from the Buchenwald Concentration Camp and its numerous subcamps became known as the Buchenwald Boys. But by the 1950s, public interest in their stories had ebbed.

For a long time, child survivors were not perceived as a specific group of survivors. Only in the last 20 years have those liberated as children or adolescents received greater attention – partly because there are hardly any survivors left who were liberated as adults.

After years of negotiations, Germany finally recognized Jewish Child Survivors (born in or after 1928) as a victim group in 2014. The recognition entitles them to compensation payments for the trauma experienced in their childhood and youth. 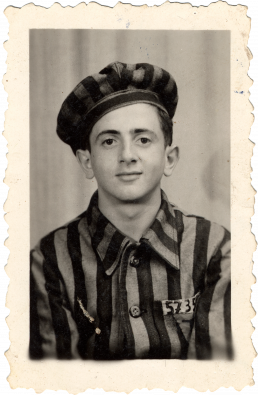 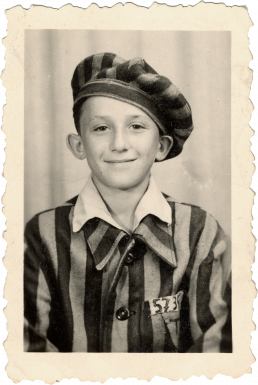 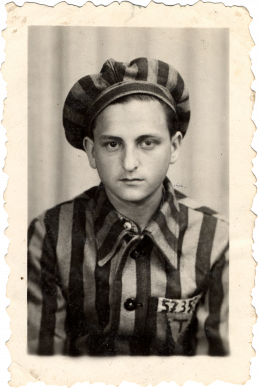 For the young people, the shared memory of their experiences in the concentration camp was important for the processing of their experiences. The three Jewish boys liberated in Buchenwald, Benek Wrzonski (left), Heniek Kaliksztajn (center) and Zelig Ellenbogen (right), were on the Children’s Relief Transport to France on 8 June 1945. In Paris, they and other Buchenwald Boys went to a photo studio to have their photographs taken, all in the same prisoner uniform. The uniform probably belonged to Mozes Kuznitz.

The existential experiences of loss in his childhood shaped the life of Thomas Geve. Born Stefan Cohn in Stettin in 1929, he emigrated to Israel after his liberation in the Buchenwald Concentration Camp. 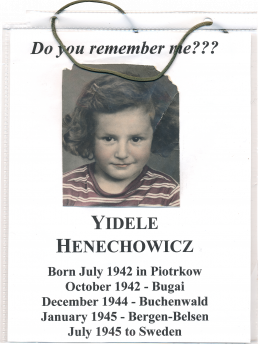 "Do you remember me?" Lanyard worn by Julius Maslovat, 2010.

Julius Maslovat, born Yidele Henechowicz, was transferred from Buchenwald to Bergen-Belsen in January 1945, where he was liberated in April 1945 at the age of barely three. Orphaned, he grew up in Finland with adoptive parents and for decades knew little about his origins. In search of information, he wore this sign in 2010 at the commemoration of the 65th anniversary of the camp liberation in Bergen-Belsen. 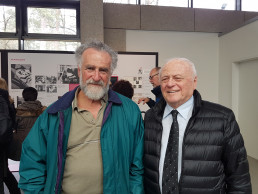 Both had been sent from Buchenwald to Bergen-Belsen in the same transport in January 1945 and met again for the first time in 2018. 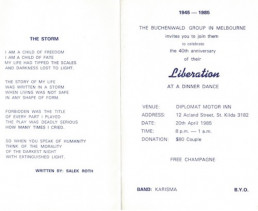 Many of the children and young people liberated in the Buchenwald Concentration Camp in 1945 emigrated to Australia. Since the 1950s, they have celebrated Liberation Day with a festive ball. 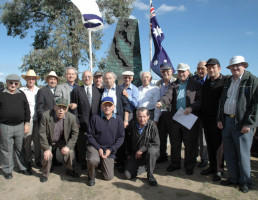 Buchenwald Boys at a memorial to murdered family members designed by Andrew Rogers at the Jewish Cemetery in Melbourne, 2000. 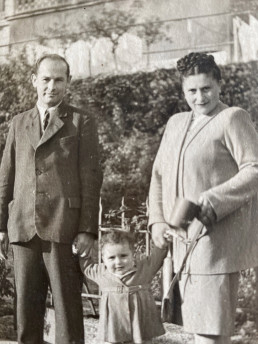 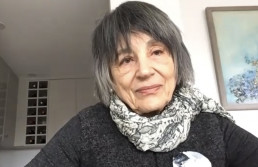 Estare Kurz was born on 13 April 1945, in the HASAG Leipzig subcamp. Her parents emigrated to the United States in 1951 with their six-year-old daughter. She grew up in Brooklyn.

"Even though I didn't have a normal childhood in some ways, I still had a childhood. So, I don't think of myself as a child survivor. You can call me that, but I see myself much more as the child of survivors." 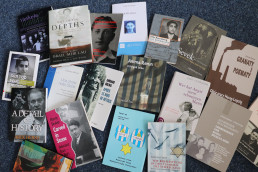 Books by Child Survivors of the Buchenwald and Mittelbau-Dora Concentration Camps (selection), 2021.

Since the 1990s, accounts by child and adolescent survivors have been published in greater numbers. Only at an advanced age did many survivors find the courage and strength to write about their concentration camp experiences. Moreover, as the years passed, the public’s willingness to listen to them increased.

“The Jewish memory of the camps will be more long-lived, will be much more permanent. This for the simple reason: because there were deported Jewish children, thousands and tens of thousands, while there were no deported children from the political resistance. [...] In this sense, a great responsibility falls on the Jewish memory in the future. For it will become the preserver and custodian of all experiences of annihilation: first, of course, of its own Jewish experience. But then also all the other experiences: those of the Sinti and Roma [...] those of the political opponents of the Hitler regime, German Communists, Social and Christian Democrats; finally, those of the resistance fighters from the anti-fascist guerrilla movements throughout Europe.”

"A great responsibility." Speech by Jorge Semprún on the 60th anniversary of the liberation of the Buchenwald Concentration Camp at the German National Theater in Weimar, 10 April 2005.

The Spanish writer urged the Jewish Child Survivors to preserve the legacy of the politically persecuted, most of whom were elderly. Jorge Semprún died in 2011 at the age of 87. He had survived Buchenwald as a political prisoner.